What’s in a Name?

The time might be right to update your core branding

Google “healthcare system name changes” and you will undoubtedly find page after page about storied hospitals and health systems changing their names.

But why? What leads an institution to change their branding at its very essence — the name that thousands of patients likely associate with their care? Beyond that, how do they wrap their heads around the thousands or perhaps millions of places that their old name appears?

Bottom line: it’s a tremendous amount of work. From stakeholder management to media and changing business cards, changing a hospital or healthcare name is no easy task.

Marketing experts are finding themselves in the increasingly familiar position of having to navigate these complex brand changes as healthcare marketplace changes accelerate.

What’s driving the move? In most cases, it’s the continued mergers and acquisitions that have been flooding the healthcare market for decades. Since 2011, there have been more than 85 significant healthcare mergers or acquisitions every year, and these deals are worth billions of dollars. In other cases, hospitals or health systems want to indicate a connection to a larger organization or attach (or detach) geographic indicators to their names.

Some recent high-profile name changes include:

Northwell Health executives said they chose the name Northwell so they could give a nod to their former name and incorporate the shifting market focus to wellness and preventative care. The new name also was more marketable than the sometimes confusing “NorthShore LIJ” was. They system-implemented a rebranding and marketing campaign to build recognition of the new name and show how the system has grown over the years.

Dignity Health officials chose their new name because they believed it carried the organization forward and paid homage to their religious roots without referencing a specific religion. Officials believed that the shift helped with marketing the non-Catholic hospitals in their system. The word “dignity” also reflected a value that employees wanted to reflect to patients.

Carolinas’ Healthcare System changed to “Atrium Health” in large part to reflect the system’s more expansive geographic footprint, officials said. They wanted a name that could “go with us into the future.” They announced the new brand the day before announcing a proposed merger with a Georgia-based system.

Atrium was selected in part because it has multiple meanings: a place filled with light, a gathering place for diverse thinkers and the chamber of the heart where each heartbeat begins. Other benefits of the word “atrium” are that it’s short and is listed at the beginning of alphabetical lists. The system did retain some vestiges of their earlier branding including a tree-of-life icon and the color. The system considered more than 100 names before landing on their final decision.

AdventHealth’s name change discussion evolved over several years. The system wanted to honor its religious history, reflect inclusivity for every patient in every market and unify its brands. The system paired its new branding with some significant business changes including expanding spiritual resources into the outpatient setting.

If your team is considering changing the name of your facility or healthcare system, remember these key factors:

Regardless of your approach, remember that changing a brand is a huge deal that will require stakeholder buy-in, loads of planning and significant time and expense. However, if researched appropriately and completed with a trusted partner, the transition can be smooth. 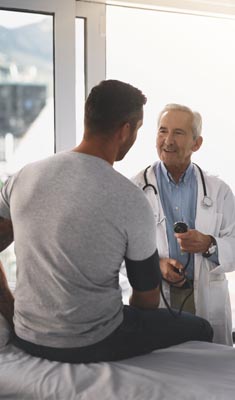 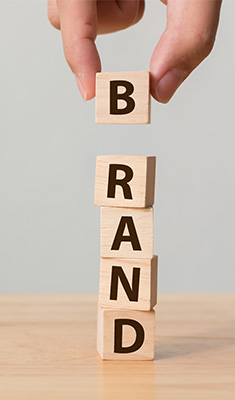 Boosting the Value of Your Healthcare Brand
Read Post